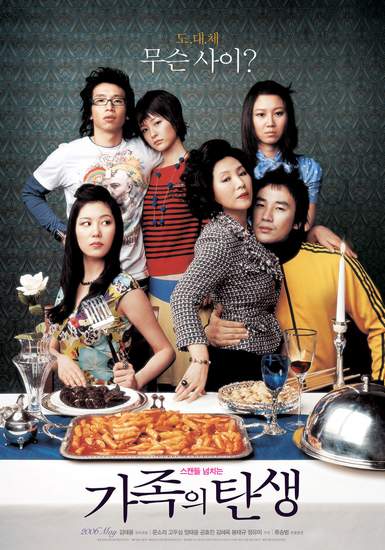 The box office success of films like last year’s The King and the Clown and this year’s The Host can’t conceal the fact that Korean cinema is facing difficult times. Exports of domestic films have dropped dramatically, as have those of television dramas. Industry watchers have pointed out the current under-representation of Korean films at international festivals, but have diplomatically dodged the issue of quality. Adding fuel to the fire, critics have been unkind to several of the year’s most eagerly anticipated movies, like City of Violence, which failed to live up to expectations created by the director’s earlier efforts. Other pictures were praised simply because competition in a partcular genre was all but nonexistant, like the disappointing comedy about the serious subject of hazing, See You After School. This year’s best films: the thriller Princess Aurora, the black comedy The Customer is Always Right and the sweet comedy thriller My Scary Girl, good as they are, pale beside last year’s offerings. Any observer of Korean cinema would be hard-pressed to name a single film released this year that overwhelms as did The President’s Last Bang, Rules of Dating, Welcome to Dongmakgol, You Are My Sunshine, The Unforgiven or Blue Swallow, works that belong in any filmlover’s collection. Even the acclaimed television drama Rebirth (Revenge), featuring Eom Tae-woong in two roles, strained credibility to the limit, and the cloying melodrama was unbearable for all but the most die-hard TV drama addict. This year’s most eagerly anticipated film, Bong Joon-ho’s The Host, which is making Korean film history while overtaking every previous record for ticket sales, has been hyped so much that it is difficult to imagine it living up to filmgoers’ expectations. At koreanfilm.org, Darcy enthousiastically praises the film, while preferring the director’s previous outing, the thriller Memories of Murder. All in all, it would be no exaggeration to assert that 2006 has been an unexceptional year for the Korean film industry. An unexpected treat, therefore, is the intimate drama Family Ties, shot by Kim Tae-yong, the gifted young co-director of Memento Mori (1999). Co-written by the director, produced for a meagre $2.5 million and starring some of the best talent Chungmuro has to offer, Kim has given us a minor masterpiece. By now, we have come to expect that Moon So-ri will give deliver a great performance, whether working with the best filmmakers in the business, or cast in the unclassifiable Bewitching Attraction (another flagrant example of the Korean film industry’s inscrutable talent for mismarketing). But Kim elicits from Moon So-ri the best acting of her career since Oasis. And he manages to draw unexpectedly sensitive performances from the rest of his young cast as well. With lovely handheld photography, naturalistic performances that appear to be drawn directly from life, and a gentle supporting soundtrack, Kim’s work looks as effortless as breathing. The final wordless sequence in the train station that closes the film, true visual poetry, grips the attention until the final credits have rolled by. Although it will undoubtedly receive recognition on the festival circuit, the picture will inevitably remain as unknown on our shores as it is in Korea. Exquisitely realized, the drama Family Ties exemplifies the sort of filmmaking that Korea excels at that no Hollywood blockbuster, even with budgets approaching $200 million, can ever match. Don’t be deterred by the ridiculous marketing (partially responsible for the dismal box office performance). If you buy just one Korean DVD this year, Family Ties should be it.