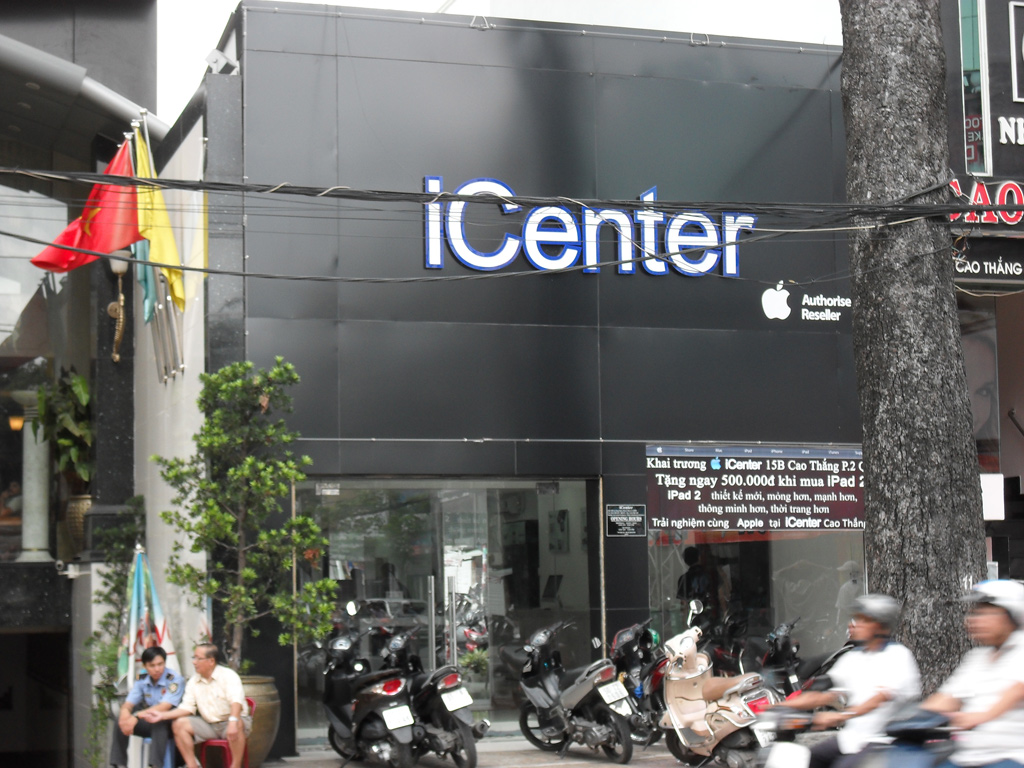 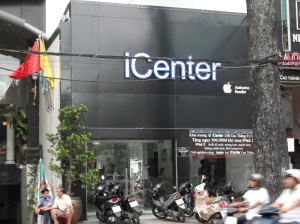 Well, not actually, but that’s what I thought when I reached the the third floor of Diamond Plaza to make a final payment on the 27″ iMac I’d ordered five weeks before, only to find that iCenter had disappeared without a trace. Had they taken off with the $2,000 I’d already put down? Did they file for bankruptcy? Frantic, I ran up and down the escalators two or three times, thinking perhaps I’d mistaken which floor the reseller was on. I approached a security guard, who simply waved his hands in the air, saying “go”, evidently meaning the store had closed shop. So they really cancelled their lease, without so much as informing me? Crazy out of my mind, I asked a saleswoman on the ground floor if I could speak with the building manager. She told me there wasn’t one, explaining that I needed to take a taxi to Vincom center, another department store owned by the same firm. Instead, I contacted Apple support. After a few minutes on the phone, they politely informed me that since there wasn’t any record of my transaction, I would have to deal with it on my own. So I tried calling every iCenter in Saigon, but nobody would answer the phone. It’s possible that in the state of mind I was in, I’d misdialed. Should I dial 08? 8? neither? Finally, a manager of one of the stores picked up the line and told me not to worry. He’d call the manager of the Diamond Plaza store and have him get in touch with me. Which he did. When I got off work, I met him at one of their branches in district 3 and paid the remaining $1,000. As near as I can tell, his store will reopen the end of the month, but I still have no idea why they left so suddenly.