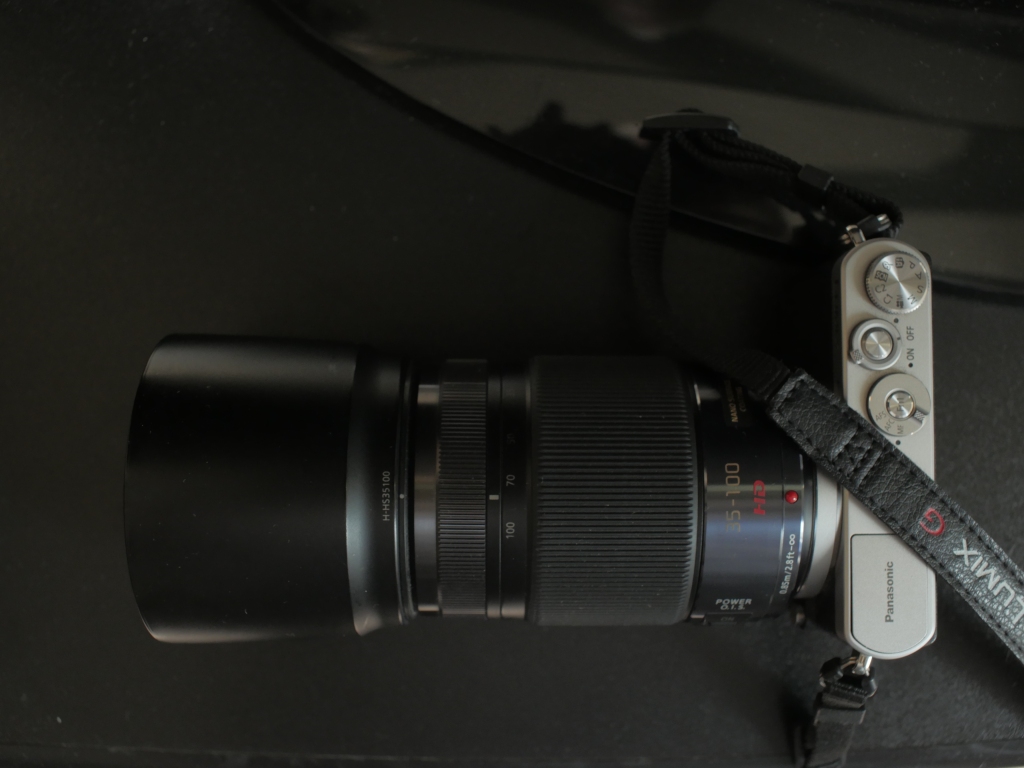 Although the GM line of cameras has been discontinued by Panasonic, there still seems to be quite a bit of interest in them, and for good reason: they are stylish, with an attractive retro look; they boast a serious magnesium alloy body; they’re able to shoot lovely looking 1080p video at 24fps; and they are among the smallest ILC cameras on the market. With kit lens and battery, the camera weighs a mere 274 grams and takes up little more space than a pack of Marlboros. In spite of that, it’s almost always my GH4 that I reach for when going on my daily walks (when I’m not reaching for a cigarette). But I ended up taking my GH4 in to have the viewfinder cleaned and found myself left shooting with the GM1 and 35-100 zoom. To the best of my recollection, I’d never shot with this combination of camera and lens before. Anyhow, these clips are the result of this morning’s shoot.

Two things stick out: first of all, the AF on the GM1 is lightning quick and accurate. Simply tap the screen and drag your finger where you want the camera to focus, and you get both visual and and auditory cues that the subject has been locked on. All the shots you see in this video were taken using AF, and there is no hunting whatsoever, even in dim light. Secondly, it’s nigh impossible to hold the camera steady with arms outstretched and so little to hang on to. And even if you wanted to rig up the camera, or mount it on a tripod (which kind of defeats the whole purpose of a pocket camera), good luck finding a spacer to use with any other lens in the micro 4/3 lineup. So camera shake is going to be a headache, because OIS is not enough to iron out all the wiggles. If only Panasonic had deigned to incorporate IBIS, the GM series would have been just about perfect for casual use. Lastly, when using the Natural profile, it seems the camera has a bit more saturation than the GH4, so I’ve already reduced saturation to -3 for the next outing. Unfortunately, if you choose to shoot 24fps, the files are formatted in AVCHD. For preparing your clips for editing, there is no better app for transcoding than EditReady.

Nearly all of the clips were shot on Book Street, located near Notre Dame Cathedral and the Saigon Central Post Office. Among the more popular online reviewers, Chris Niccolls of The Camera Store TV still carries a GM camera, and even the uncompromising photographer Ming Thein, accustomed to shooting with big guns, like the Hasselblad X1D, regrets that Panasonic killed off the GM line.