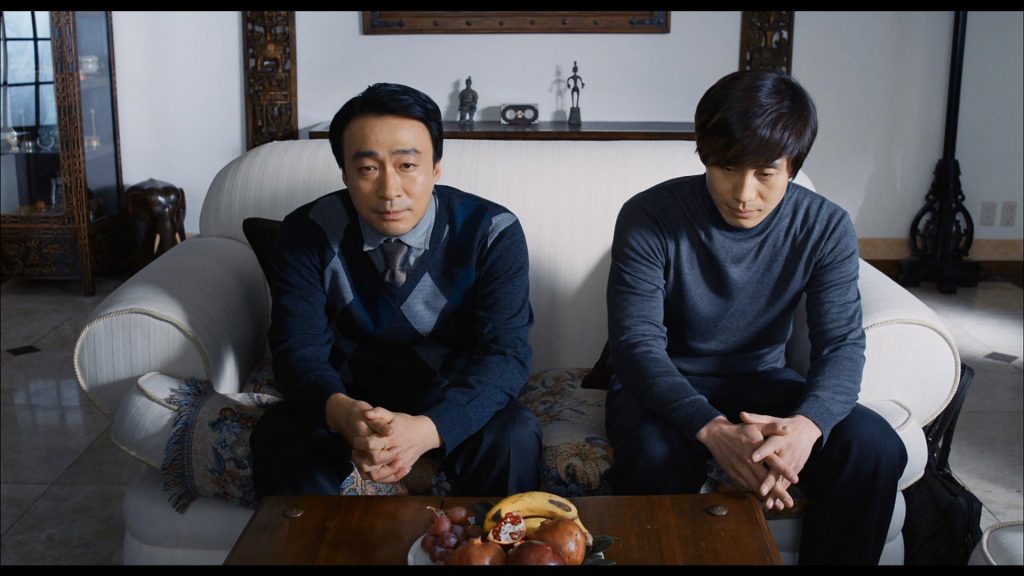 Mark this date in your calendars – June 9th. Yes, that’s the day Café Noir will at last be available on DVD. Admittedly, we’re not a little disappointed that we won’t be getting a shiny Blu-ray in our greedy little mitts, but hey, this isn’t The Avengers or anything! There have been petitions for a limited edition Blu-ray by fans on the web, but prospects look dim at the moment. Shin Hya-gyun makes a lead appearance in the remarkable debut feature by noted film critic Jeong Seong-il. The 38 year-old actor has already starred in a couple dozen films, most notably in Joon Hwan-jang’s outrageously brilliant Save the Green Planet, in which he plays a troubled man who kidnaps an executive, believing him to be a space alien, and in Sympathy for Mr. Vengeance, Park Chan-wook’s criminally under-appreciated precursor to his celebrated vengeance trilogy. More recently, Shin Ha-gyun took on the role of an arrogant neurosurgeon in the hospital drama Brain, for which he took home several awards. Extras include commentaries by director Jeong Seong-il, actor Shin Ha-gyun and actresses Kim Hye-na and Yozo. The DVD comes with a 16-page booklet. Café Noir screened at the Venice International Film Festival, the Rotterdam International Film Festival and the LA International Film Festival.