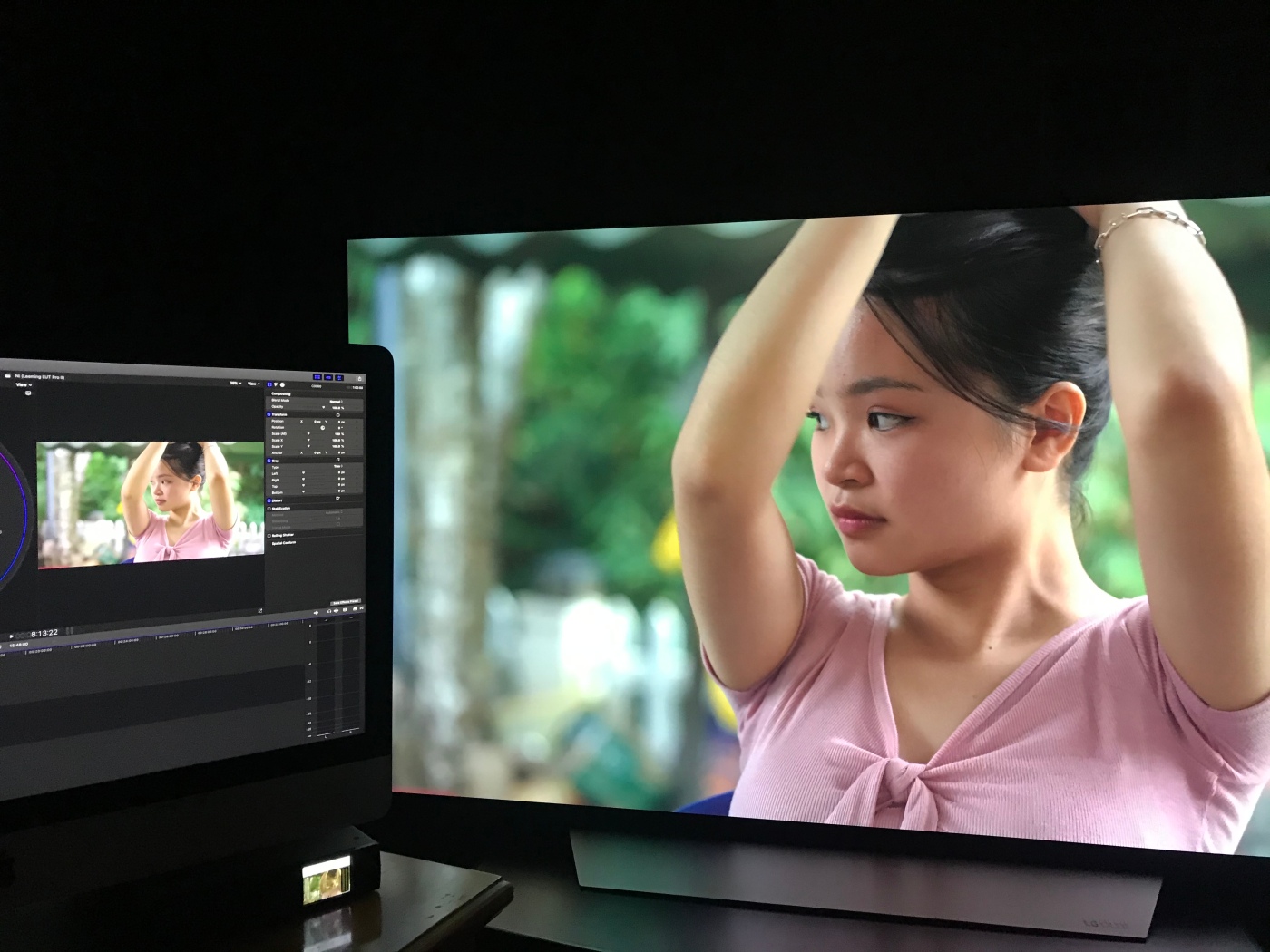 After months of agonizing, I finally broke down and hired a professional calibration technician to adjust my LG OLED C7, calling the very first name that popped up in a Google search for Ho Chi Minh City. The price was steep – $300.00 – but the quest for perfect color has become a crazy obsession.

As it turns out, Duc happens to be the only ISF certified technician in Vietnam, and because there are so few in Southeast Asia, he often finds himself flying to places like Thailand and conversely, post-production houses here in Vietnam often fly technicians in from Thailand. Duc is also a certified Arri technician who worked on Star Wars in some capacity while living in California, as well as having experience as a DIT, camera operator and director. Curiously, his biggest customers are hospitals, whose equipment must be constantly maintained at the most exacting accuracy.

When he was finished, I honestly couldn’t tell whether rec.709 looked any better than before, but HDR saw a massive improvement, the wimpy 600-700 nit screen seemingly performing miracles. But I was still no closer to solving the one issue that had been gnawing away at me ever since I began using an OLED television as a grading monitor: the colossal divergence in picture quality between my iMac and the LG when color correcting in Final Cut Pro. I’ve got no control over which devices my videos are watched on or under what viewing conditions, for that matter: but is it too much to ask that that my reference monitor and GUI monitor aren’t like Beauty and the Beast? hehe

At my wit’s end, I reluctantly downloaded the most recent version of DaVinci Resolve and imported the same media I’d been working on in Final Cut Pro and lo and behold – the timeline viewer’s color and contrast, if still rather anemic when compared to OLED, much more closely resembled what I’m seeing on the calibrated LG display. That was the moment I decided to switch over to Resolve once and for all.