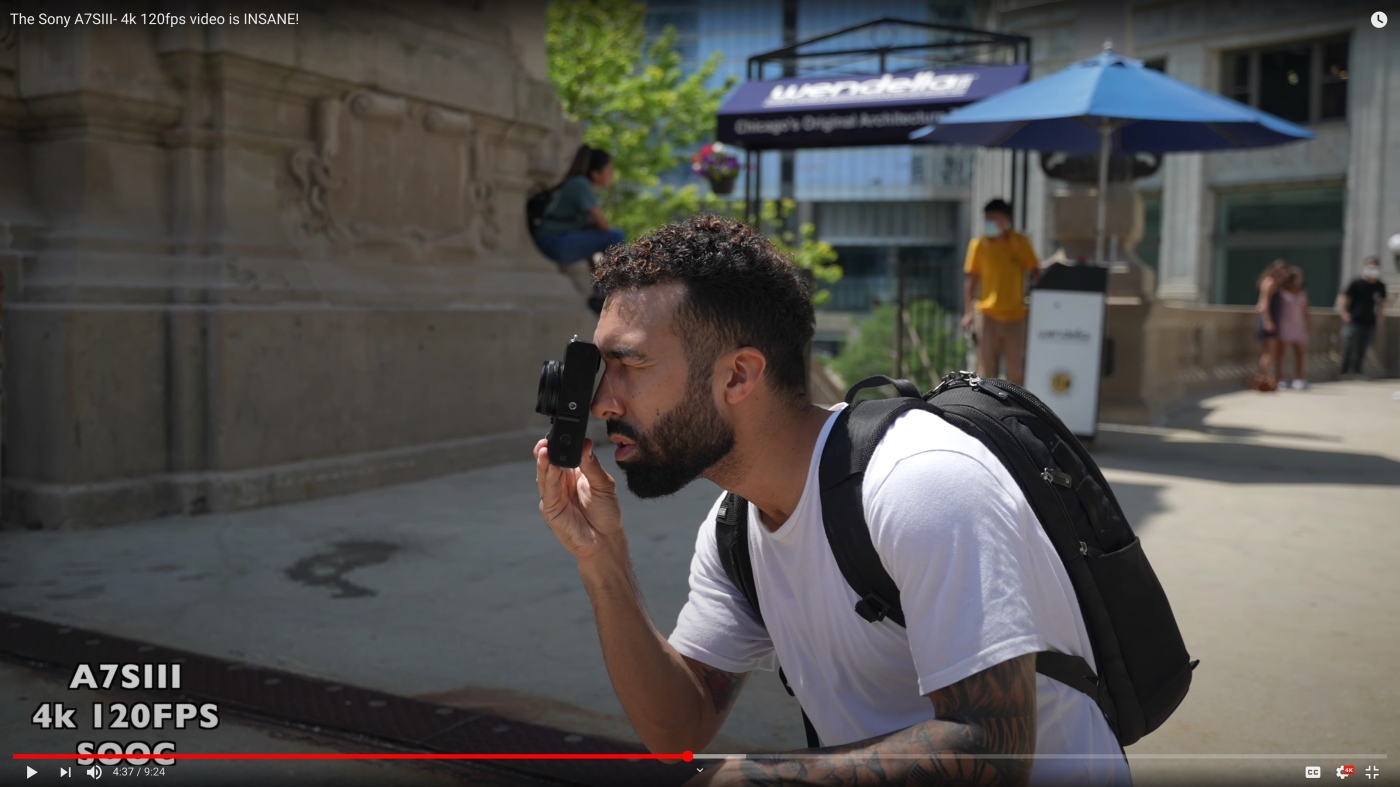 I worried that without an optical low pass filter, the 12 megapixel sensor of the a7s III would suffer from artifacts that are all but impossible to remove in post. But Sony claims their new processor is supposed to help suppress moire and artifacts, and after watching Manny Ortiz’s video I was speechless at how crisp the 4K 120p is (and, unlike the footage in 99% of other a7s III reviews, not hideously over-sharpened) and miraculously, as the camera rotates around Manny as he’s photographing a model, it’s nigh impossible to see any aliasing in the ribbing of Manny’s backpack. It does say SOOC, so great colors, too! Bravo, Sony!

And I’ll throw in iJustine’s video just because it’s so entertaining.